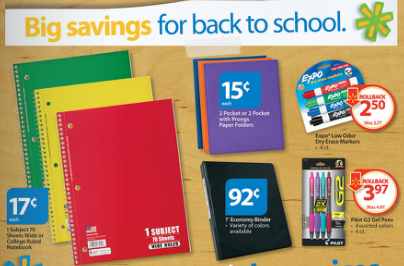 Have you noticed that back-to-school sales are slowly but surely making their way into the weekly circulars? Have you also noticed that I’ve totally been slacking on the blog? My bad! But there’s a reason behind it which I’m excited to share with you all.

Anyways, back to the school supplies. I know people REALLY don’t want to hear about school supplies in the middle of July but buying early will really save you some money. I was at Walmart on Sunday and freaked out over $.97 binders! DORK ALERT, I know. I can’t help myself. They also have sales on notebooks and folders and some other awesome stuff that I couldn’t resist. I even got a 6” desktop fan for my desk at work since the AC in our building is, at the very least, inconsistent. If you’re in need of some school supplies for yourself or for the kids Walmart is the place to go this week! I’ve looked at a lot of the store circulars and though Target has some sales they’re not as great as Walmart’s sales. One subject notebooks for $.17. $.15 two pocket folders and Crayola markers and colored pencils for under $1! Not to mention the chocolate pudding snack packs for $1! (YUM!) It doesn’t get much better than that. I also picked up some index cards which I really only use for my grocery lists and a few reminders here and there and they were under a $1 also. I love Walmart! I don’t go very often because 1) Target is a lot closer to me and 2) They’re renovating their store and the parking lot is a mess and the store itself looks like it was hit by a bomb but my most recent trip was definitely a success!

So, the reason I’ve been kinda ignoring the blog lately is because I kinda got a promotion at work! I’ve really been craving a change and more responsibility at work and the opportunity finally came and I was very excited to grab it. I’ve been training for the last week and a half and it’s been exhausting and nerve-wracking. I’ve been training all day and then coming home from work and re-writing my notes. I’ve been a very busy chick but I know it’ll pay off in the long run. The majority of my new position is accounts payable but a lot of it has to do with keeping records and staying organized which I love to do any ways. It’s just so hard to take in all this information in such a short amount of time. I hope I retained all of it but we’ll see. WISH ME LUCK!

I’ve been totally slacking on the blog! I apologize. The last week and a half have been a little crazy and way too fast for my liking. Last Thursday I had to take a half day from work because I was driving back to Pittsburgh for my sister’s dance recital weekend. She did beautifully, by the way. The next day on Friday Sam found out that he was being promoted at work but at a different store. Great news but it was a little sudden and I was excited but saddened that I was unable to be with him to celebrate or anything.

All last weekend was dance recital stuff. Friday night was dance rehearsal night and then Saturday and Sunday were both crazy because of the actual recital. My sister’s senior solo was amazing and I’m not ashamed to say that I cried three nights in a row, dress rehearsal included. 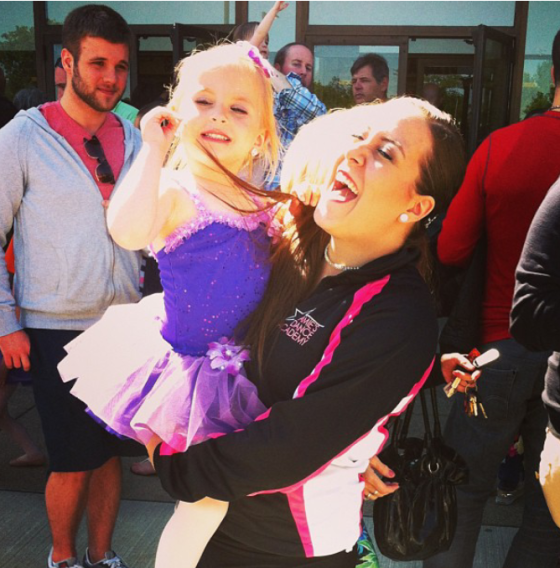 I left Pittsburgh on Sunday night and got in around Midnight on Sunday night or Monday morning (whichever way you look at it). I came in early because I had to go look for cars to lease. Before Sam got promoted we were lucky enough to be able to share one car. We both worked really close to home and were able to drop each other off and pick each other up and what not. It worked great! But now that Sam got promoted to a different store, the one car was not going to cut it. I spent all day Monday, which happened to be Memorial Day, with my mother and father in law at the dealership. Negotiating is exhausting, let me tell ya! We got a pretty good deal. I was just freaking out all day due to the fact that I really hadn’t got to talk to Sam about any of it because I got in late Sunday when he was still sleeping and he left before I got up to go to work. It was insane!

Anyways, I ended up getting a Hyundai Elantra to drive back and forth to work in. I like it a lot.

This coming weekend is my sister’s graduation party. I’ve been blogging about it for a little over a month now and it’s finally here and I’m freaking out! Did I get enough? Do I need anything else? Did I forget something? Oh my! I know it’s going to be fun so I’m trying not to stress about it! I’ve already got a stress pimple on the bottom of my cheek! Guh! Anyways, I’ll be blogging more often, I promise and I actually have some good stuff coming up so stay tuned!

Hello and WELCOME! My name is Katie. I’m 29 years old and I live in Easton, PA. If I’m not busy making a complete mess of something then I’m usually busy organizing it. I overanalyze almost everything and like to hit the ground running. I’d say I’m somewhat of a free spirit in a sense that I like to get up and go whenever the mood strikes. My blog is full of silly stories, organizational tips/tricks, some DIY projects, and a lot of sarcasm and usually an awkward amount of profanity. Enjoy!